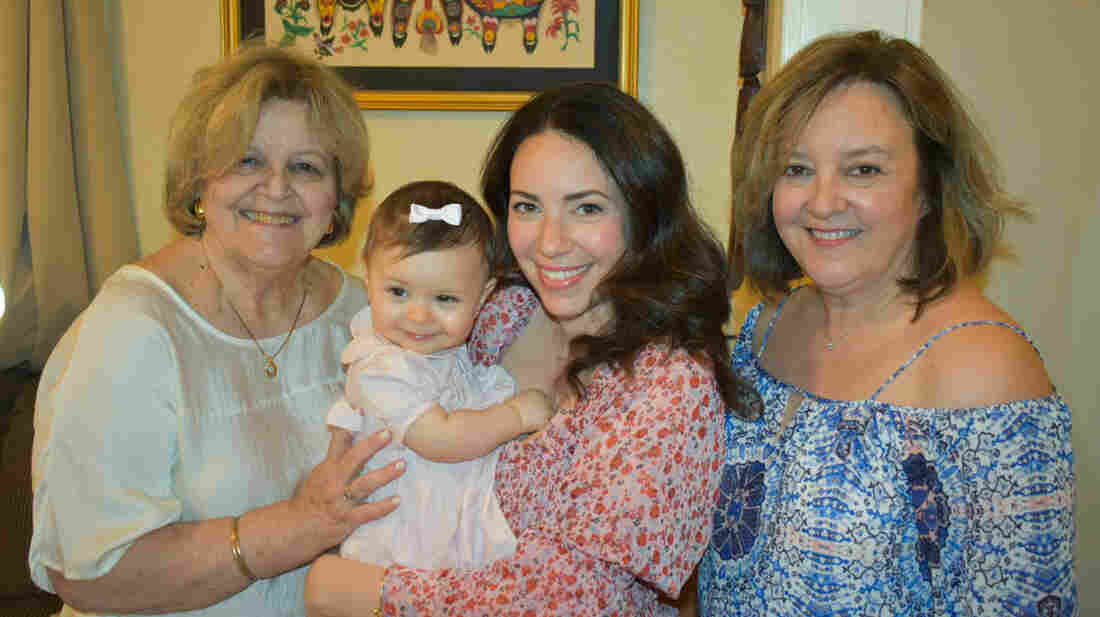 Vivian Garcia Leonard (left); Marissa Sofia Ochs (middle), holding her daughter, Liana; and Vivian J. Leonard (right) talk about being pharmacists in New York, a city that has been especially hard hit during the coronavirus pandemic. 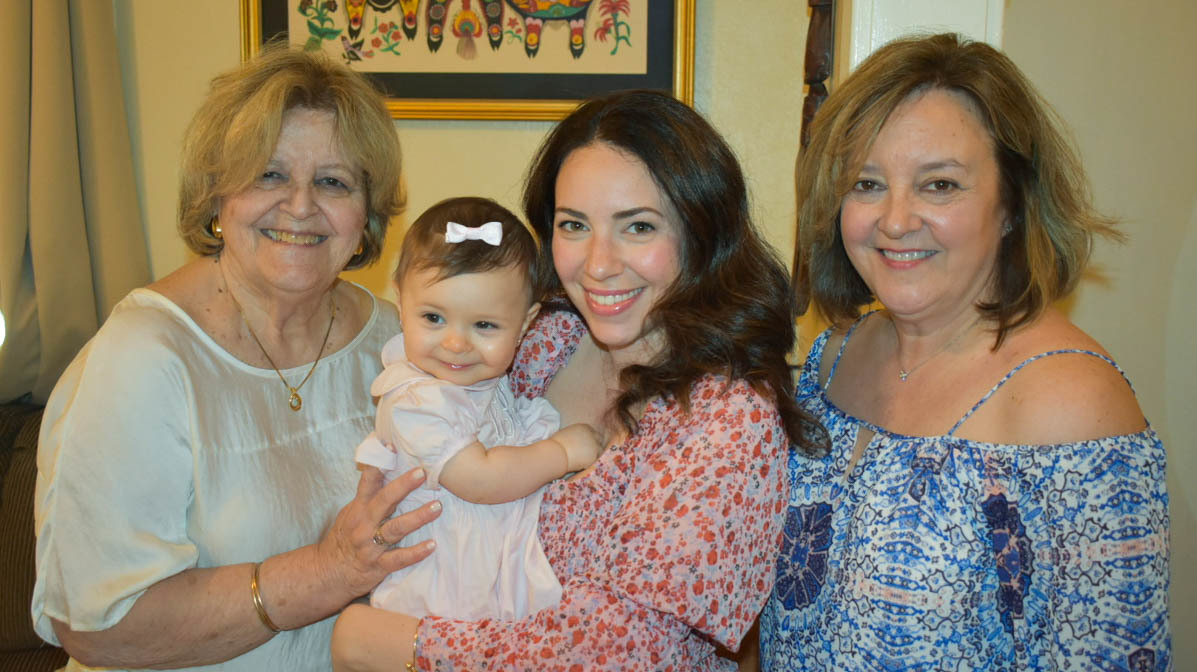 Vivian Garcia Leonard (left); Marissa Sofia Ochs (middle), holding her daughter, Liana; and Vivian J. Leonard (right) talk about being pharmacists in New York, a city that has been especially hard hit during the coronavirus pandemic.

Vivian Garcia Leonard studied to become a pharmacist in Cuba before coming to the U.S. in 1961.

Her daughter, also named Vivian, eventually followed in her mother’s footsteps. So, too, did her daughter, Marissa Sofia Ochs. Today, the three generations of pharmacists live near each other and work in New York City.

But recently, the elder Vivian, who’s 82, stopped working to limit her exposure to the virus.

In a remote StoryCorps conversation recorded last month, the women talked about living through the coronavirus pandemic. 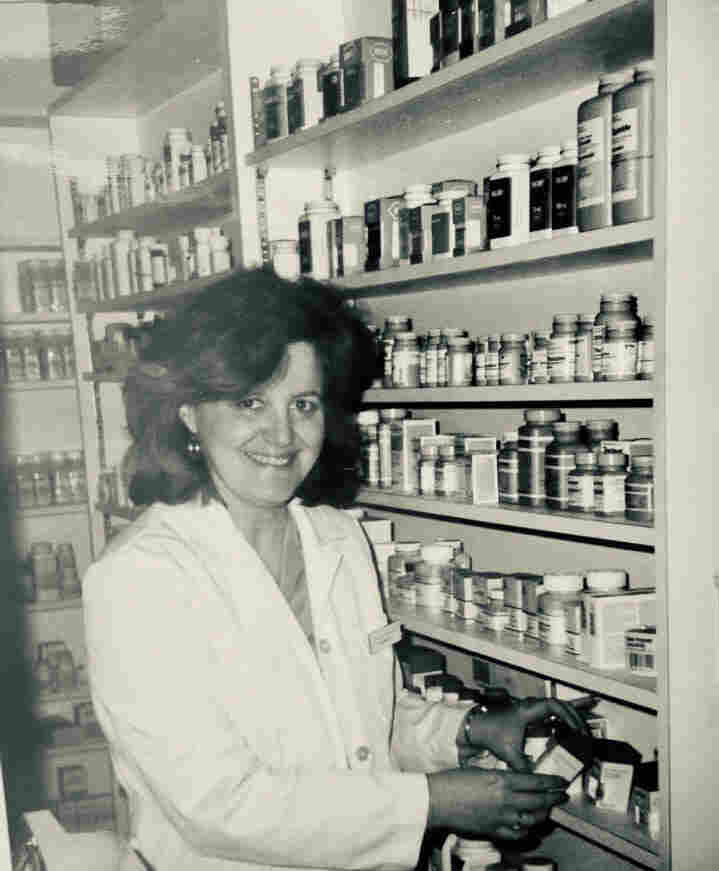 Vivian Garcia Leonard, a pharmacist, inspired her daughter and her granddaughter to follow in her footsteps. 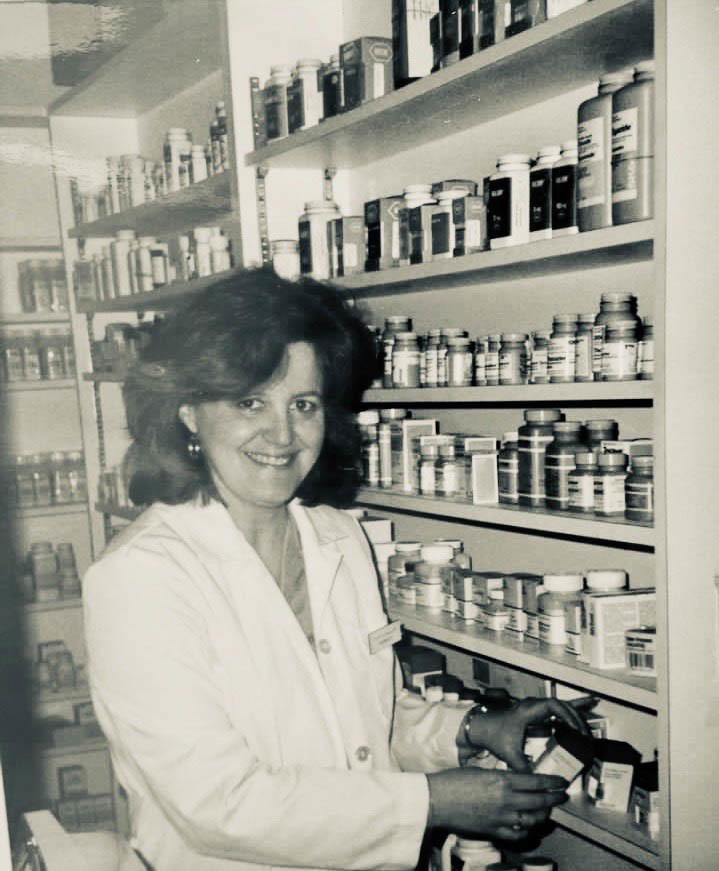 Vivian Garcia Leonard, a pharmacist, inspired her daughter and her granddaughter to follow in her footsteps.

The younger Vivian, who’s 58, said the hospital where she works had been overwhelmed with COVID-19 patients. It recently expanded from a 160-bed capacity to 260 beds, she said.

“The patients, they were coding so often that we couldn’t keep up with the medications. It was insane,” she said.

To keep up with the number of people who succumbed to COVID-19, New York set up refrigerated trailers outside hospitals to function as makeshift morgues.

“One of the worst moments was realizing that the trailer was outside my office window,” she said. “The hospital would report out each day, ‘We have 30 in the trailer, we have 55 in the trailer.’ And, seeing the bodies. At one point it went as high as the 80s.”

In mid-March, Marissa, 30, told her grandmother not to go to work, out of fear of exposure to the virus.

“She wouldn’t let me leave the house,” her grandmother said.

“Well, I just knew it was so hard for you to not work, because you don’t know what life is not working,” Marissa said.

“I know, I always work,” her grandmother said.

The elder Vivian had been interested in being a pharmacist since she was a young girl. She said when she was little, her grandmother used to take her to a pharmacy owned by her friends.

“I always liked science and chemistry,” she said. “I always said, ‘I’m going to be a pharmacist.’ That was my calling.”

But her daughter and granddaughter were adamant about keeping her home from work, where she was at a higher risk of exposure to the virus.

“I had to basically tell you, ‘OK, you wanna go to work? You can go. Just tell me who are the 10 people you want at your funeral.’ Because it was really, really serious. And I’m sorry I had to be that blunt with you,” the younger Vivian told her mother.

Her mother said she understood the gravity of the situation.

“I miss the people and I miss my work,” she said.

Marissa said her grandmother’s dedication to her career inspires her.

The coronavirus crisis has served to remind the three women how grateful they are for one another.

Marissa, mom to a nearly 2-year-old daughter, Liana, has her eye on the future. “I am just hoping for a fourth-generation pharmacist,” Marissa said.

StoryCorps is a national nonprofit that gives people the chance to interview friends and loved ones about their lives. These conversations are archived at the American Folklife Center at the Library of Congress, allowing participants to leave a legacy for future generations. Learn more, including how to interview someone in your life, at StoryCorps.org.