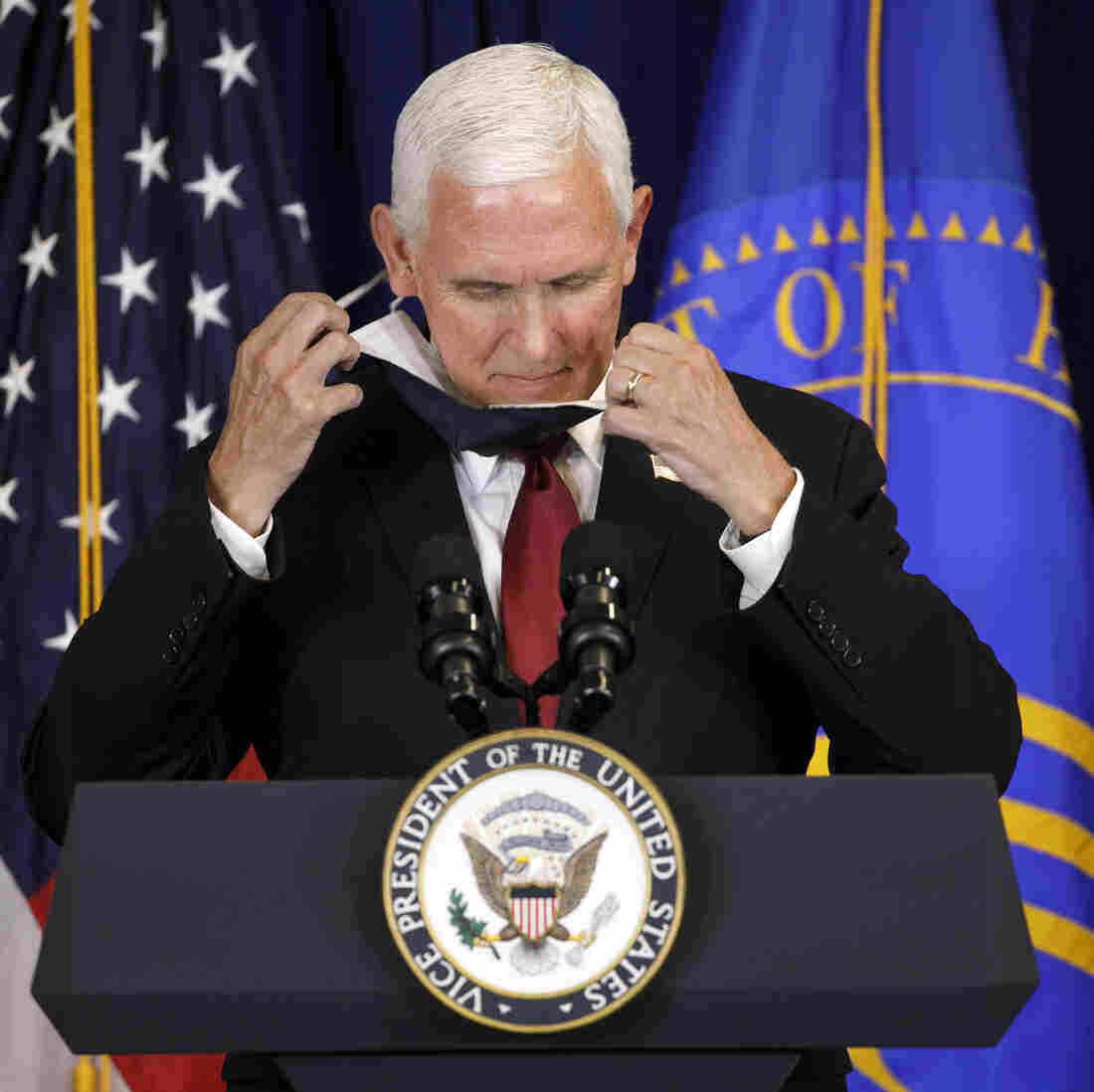 Vice President Pence removes his mask as he arrives at the lectern to speak to the U.S. Public Health Service at its headquarters in Rockville, Md., on Tuesday. 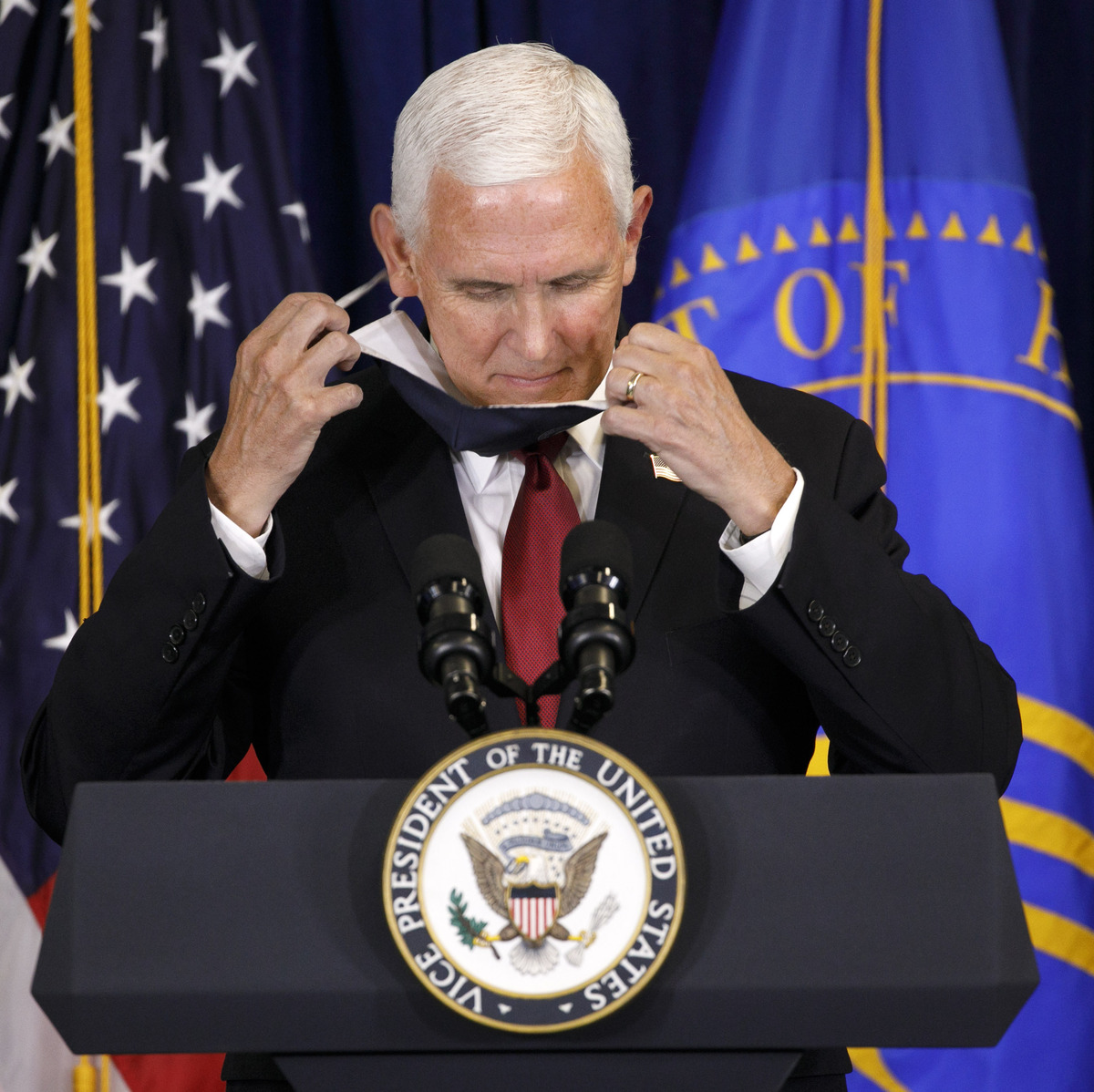 Vice President Pence removes his mask as he arrives at the lectern to speak to the U.S. Public Health Service at its headquarters in Rockville, Md., on Tuesday.

Vice President Pence wore a face mask to a public briefing on Tuesday where the message from the surgeon general and others was clear – Americans should to do the same while in public to prevent the spread of COVID-19.

The vice president and others removed their masks only when delivering remarks.

“When you do not wear your face covering, we end up in a situation where you see higher rates of disease spread and you end up having to close places,” Adams said. “This mask, this face covering, actually is an instrument of freedom for Americans if we all use it.”

The latest message comes as coronavirus cases in states in the South and West continue to rise. It also comes on the same day that Dr. Anthony Fauci, a key member of the task force, warned that the U.S., which is seeing 40,000 new coronavirus cases a day, could more than double that figure if the public fails to heed guidelines.

Despite that surge, Pence insisted: “We’re in a much better place than four months ago, even two months ago.”

Pence, at the conclusion of his remarks, appeared to unintentionally begin walking away without his mask. Adams called it to the vice president’s attention.

The Trump administration has been criticized for mixed messaging on masking, with President Trump himself mostly declining to wear one. Pence said the president had “worn a mask in public,” and he praised the administration’s work on testing and supplies.

Pence has in recent days been urging mask use and wearing one himself, at least part of the time. That’s despite Trump’s suggestion, in an interview with The Wall Street Journal earlier this month, that some people might wear masks to “signal disapproval” of him.

Even so, GOP lawmakers have also been pushing the mask message. Tennessee Republican Sen. Lamar Alexander on Tuesday said the president should start wearing a mask, at least some of the time, to set a good example.

“Unfortunately, this simple, lifesaving practice has become part of a political debate that says: If you’re for Trump, you don’t wear a mask. If you’re against Trump, you do,” Alexander said.

That sentiment was echoed by Utah Republican Sen. Mitt Romney, who told reporters that it would be “very helpful” if Trump encouraged mask usage.

In an interview on Fox News, House Minority Leader Kevin McCarthy suggested that for July 4, Americans “could all show our patriotism with a red, white and blue mask.”

Lack Of Unity Is A…

STOP GETTING TESTED For Coronavirus,…

Planning For End-Of-Life Care Is…

We Were Treated Worse Than…