The number of patients infected with the COVID-19 coronavirus aboard a quarantined cruise ship docked in Yokohama, Japan—making the ship the largest cluster of the deadly virus outside China.

An addition 44 cases of the illness were identified on the Diamond Princess on Thursday, bringing the total number of infections to 218. That accounts for more than one third of all cases detected outside mainland China.

With nearly 6% of the 3,711 passengers and crew members now infected, the 952-foot cruise ship has the highest infection rate of the coronavirus anywhere in the world. Wuhan, China, the city where the disease is believed to have originated has nearly 33,000 official cases—but spread across a population of more than 11 million, that’s an infection rate of less than 0.3%.

Health experts say the Diamond Princess highlights the high risk that an infection will spread in confined spaces. According to the U.S. Centers for Disease Control and Preventions, close-contact environments such as cruises can facilitate the transmission of viruses through droplets or contaminated surfaces. 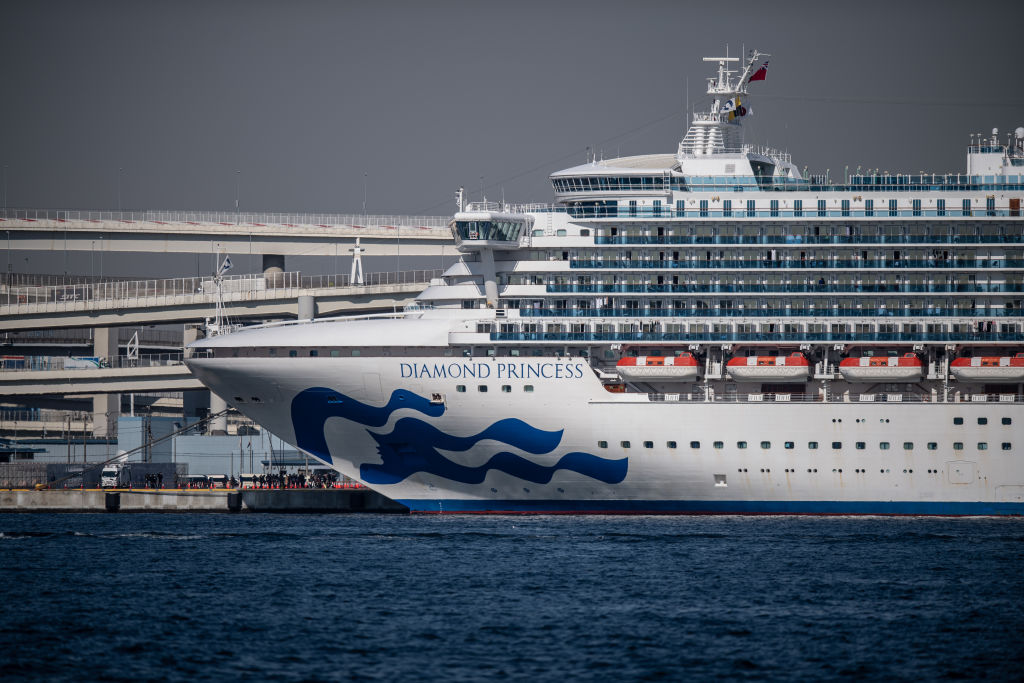 And due to the long duration that passengers are on their vessel, traveling on a cruise ship could present higher infection risks than other forms of transportation, like planes and trains, according to Hui-ling Yen, an expert on influenza transmission at the University of Hong Kong. 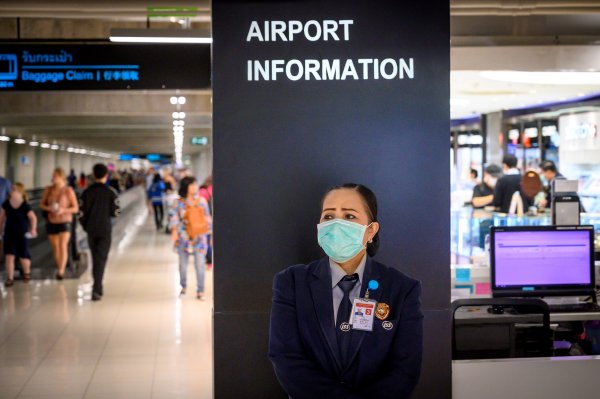 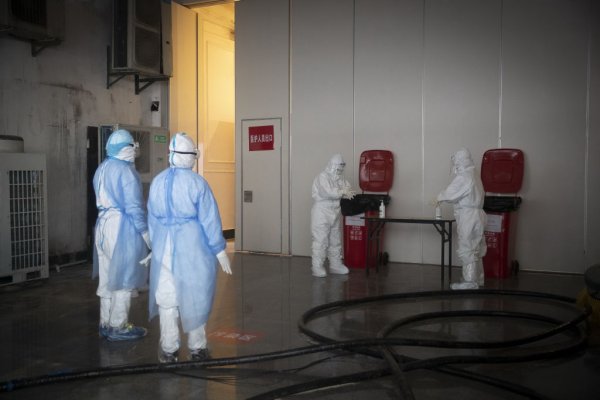 The past few days have seen an exponential increase, but the worst could be over, Yen says.

“This few days should have been the peak. Most of the literature about the virus ​reported that the mean incubation period is around 5 days. So if the quarantine works, we should start to see a decline soon,” Yen adds.

According to Japan Times, 29 of the latest batch of 44 people infected with the coronavirus are Japanese, with the remaining 15 from other countries. One case is a crew member. A large majority of the newly confirmed patients are elderly.

The passengers and crew on the Diamond Princess are halfway through a 14-day quarantine on the virus-stricken cruise ship. The quarantine began Feb. 5 after the company learned that a passenger from Hong Kong who had previously been onboard had tested positive for coronavirus. The quarantine has been set to end Feb. 19.

Until then, passengers are largely confined to their rooms; their chief interactions are with crew members who deliver food three times a day, a number of passengers on the cruise told TIME. Since the weekend, they have been allowed out on the open decks in shifts for about an hour at a time, provided they wear face masks and stand no closer than 2 meters (6.5 feet) to each other.

Kent Frasure, a 42-year-old passenger from Portland, Oregon, is alone in his cabin after his wife tested positive for the virus and was brought to a hospital.

“[She has] no symptoms and is not receiving any treatment or medication,” he says. “They are checking her temperature and vitals every day.”

Get our Health Newsletter. Sign up to receive the latest health and science news, plus answers to wellness questions and expert tips.

For your security, we’ve sent a confirmation email to the address you entered. Click the link to confirm your subscription and begin receiving our newsletters. If you don’t get the confirmation within 10 minutes, please check your spam folder.

Read more: ‘Like I’m in a Bad Movie.’ Concerns Mount on Quarantined Ship as More Passengers Test Positive for Coronavirus

As the number of cases on the cruise continues to rise sharply, passengers said they want everyone on board to be tested. Up till now, only those who have reported symptoms and who live in the same cabins as passengers who have been diagnosed with the virus have been tested. (It is unclear how many passengers have taken tests, though the Japanese health ministry said Wednesday that 492 samples—includes specimens collected from the same people multiple times—have been collected.)

But a shortage in COVID-19 test kits has prevented health authorities from widespread testing, with authorities acknowledging a “limited capacity to process virus test samples.”

Given the lack of testing kits, officials say they are prioritizing elderly passengers and those living in windowless rooms. They will be tested first and allowed to disembark if they are found to be negative. The Japanese health authorities will house them at designated lodgings when they are on land.

Globally, more than 60,000 people have been infected with the virus, and more than 1,300 have died as a result. The vast majority of cases are in mainland China.

The Diamond Princess is among the cruise ships that have been caught in the middle of the coronavirus outbreak. The Westerdam, which was denied entry to five ports including in Thailand, Taiwan and the U.S. territory of Guam, finally docked in Cambodia Thursday morning.

Last week, passengers on the World Dream cruise ship in Hong Kong were held for four days after the company learned that three passengers who had sailed on the vessel earlier were confirmed to have the virus. Passengers were finally allowed to disembark on Monday after all crew tested negative for the virus.

Write to Hillary Leung at hillary.leung@time.com.

How Not To Get Sick…