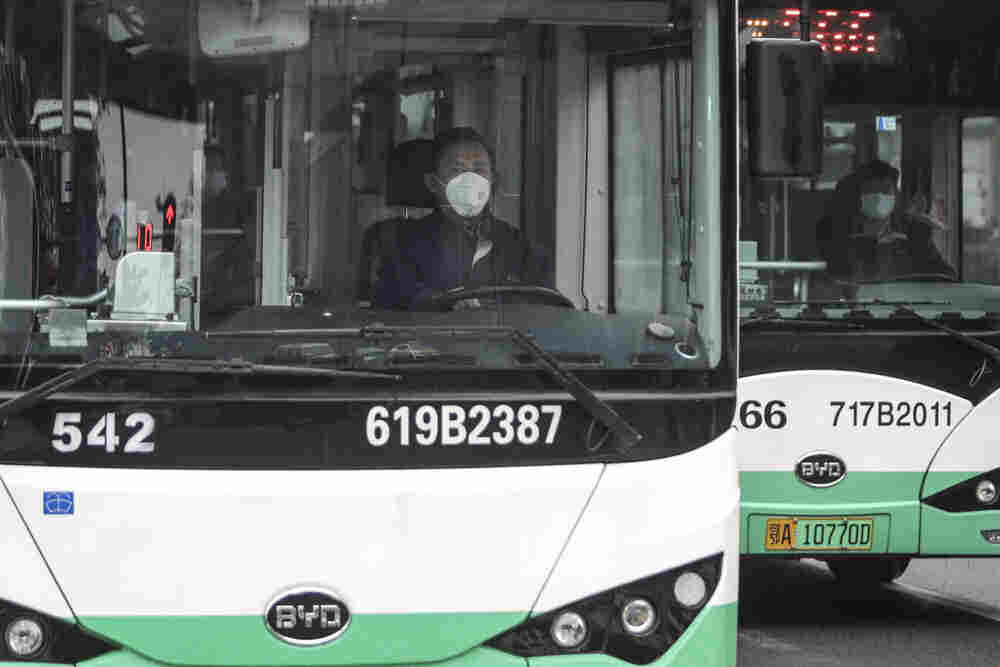 A bus driver wears a mask on January 22 in Wuhan, China. Public transportation is being suspended as of Thursday morning due to concerns about the spreading coronavirus. 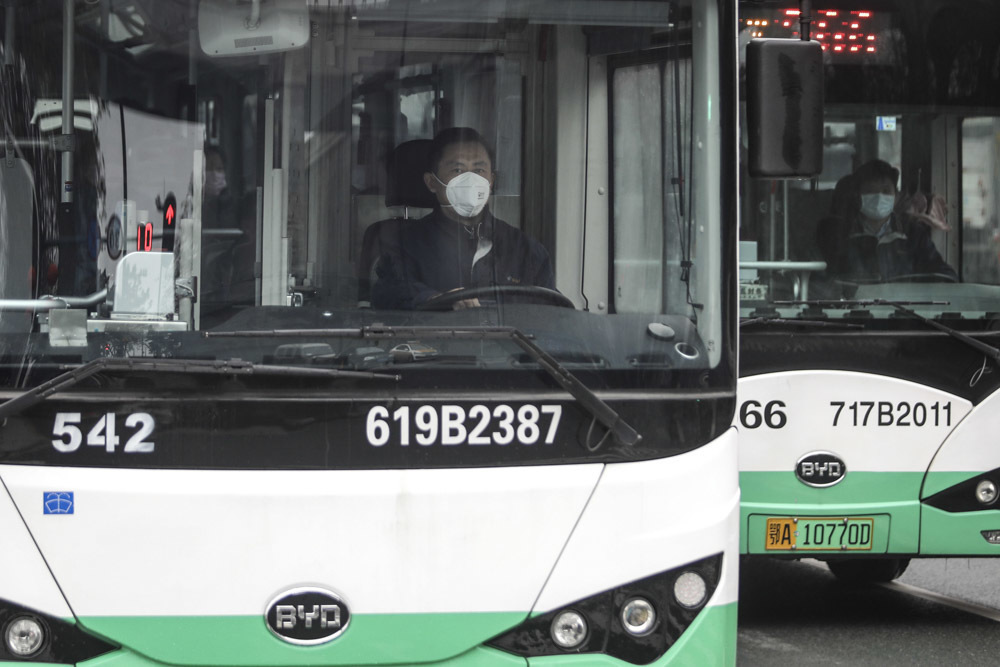 A bus driver wears a mask on January 22 in Wuhan, China. Public transportation is being suspended as of Thursday morning due to concerns about the spreading coronavirus.

Chinese state media is reporting that authorities in the city of Wuhan are planning to suspend bus, subway, ferry and long-distance passenger transport. They also say that all flights and trains departing from Wuhan will be temporarily canceled in a bid to reduce spread of the new virus.

According to reports, the lockdown on transit will start at 10 a.m. Thursday in China. Schools are on winter break, and Thursday is the last day of scheduled work before the Lunar New Year commences. The authorities have not made any announcements for individuals who use public transportation to commute to work and may have to work during the coming holiday.

Wuhan, home to 11 million people, is where the virus was first discovered at a seafood market in which live animals such as swan geese and the cat-like civet were traded.

Life has definitely not been the same in this central city and other parts of China in the wake of the outbreak.

Police have been randomly checking cars in and out of the city to see if poultry and wild life are being transported. Prior to the announcement of a public transportation suspension, staff at Wuhan airports and railway stations carry out temperature checks on passengers.

The outbreak has had an impact on the Chinese stock market as well. In the past two days, stocks of drugmakers and mask manufacturers have been surging.

On Weibo, China’s equivalent of Twitter, eight out of the 10 most-discussed topics are related to the Wuhan pneumonia. The topic with the latest updates on the number of infections have been read 650 million times.

People in infected areas are lining up in pharmacies and convenient stores to stock up on masks and antibacterial soaps. 3M and Honeywell have sold most of their masks on the Chinese e-commerce websites Taobao and JD.com.

“I can’t afford masks anymore,” said one netizen on Weibo, China’s equivalent of Twitter. “The pharmacy I went to has raised the price to 10RMB [$1.50] each. I could buy a pack of 10 at that price before the outbreak.”

“I went to five pharmacies and they’re all sold out,” a Guangzhou Weibo user said.

A mask maker in Zhejiang province told a short video platform called Pear Video that it has received orders totaling 80 million masks so far. They tripled the wage to lure back workers who took a break to return home for the Chinese New Year.

While many people are panicking over the virus, some are not that worried.

“I keep reminding my friends and families to wear masks. My aunties said it’s not that serious. They accuse me of fear-mongering!” said a girl on Weibo.

Another said, “I can’t believe my uncle still insists to return to his village outside of Wuhan to throw a birthday party for his one-year-old daughter. He completely ignores my warning.”

The virus couldn’t have hit China at a worse time. Chinese New Year rush is often said to be the world’s largest annual human migration, with an estimated 3 billion trips predicted for the holiday this year, from January 10 to February 18, as people either head home for family gatherings or make travel plans.

Tourism and consumer spending are expected to be hit hard.

“I’m from Wuhan. I just canceled the trip to Beihai [a coastal city in Guangxi province] during the Spring Festival. If we leave the city now, we might do harm to others. Let’s all stay at home this Chinese New Year,” said one netizen on Weibo.

“I hesitated for a long time about whether I should return to Wuhan for the Chinese New Year,” said another. “I didn’t get the ticket in the end. This will be my first time celebrating the new year alone outside my hometown.”

As China continues the fight to bring this outbreak under control, some people have moved the battleground to mobile phones. A strategy game about fighting a pathogen called Plague Inc. has made a comeback eight years after it was created. It has topped the Chinese iOS App Store in the paid-game category.

“I’m staying at home. It’s the perfect time to play this game,” a Weibo user commented.