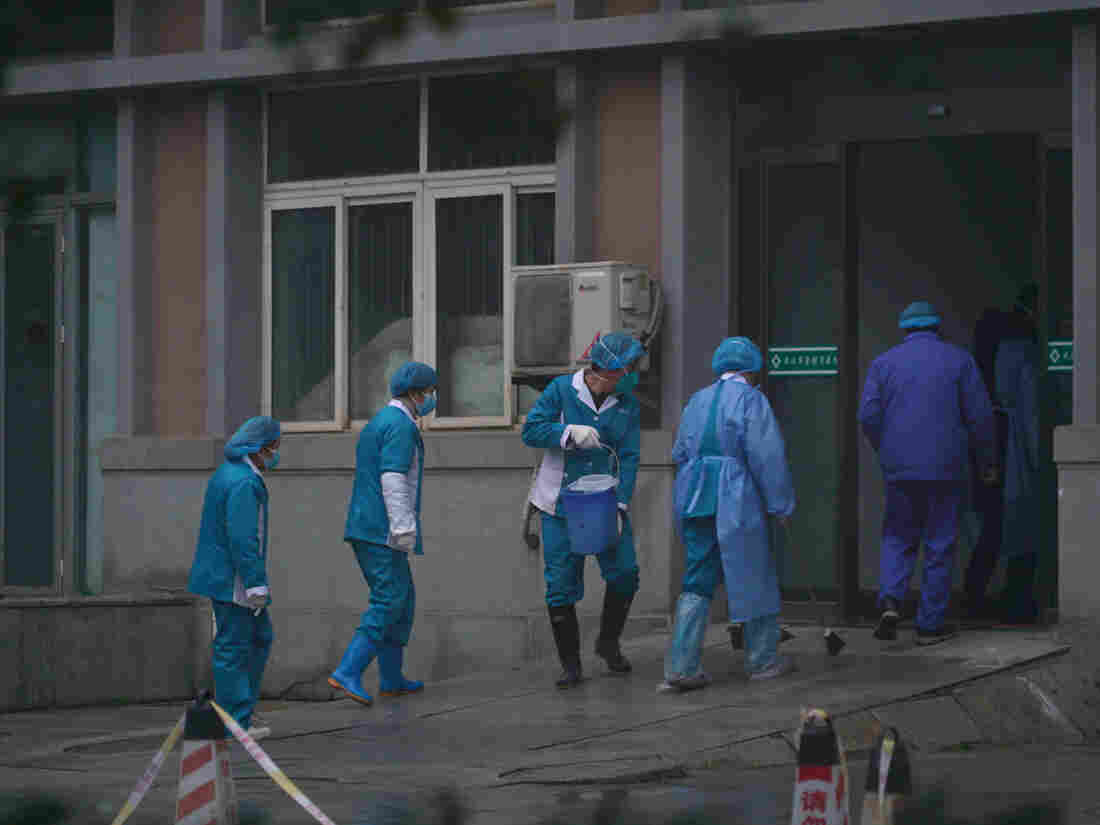 Hospital staff wash the emergency entrance of Wuhan Medical Treatment Center, where patients infected with a new virus are being treated, in Wuhan, China, on Wednesday. 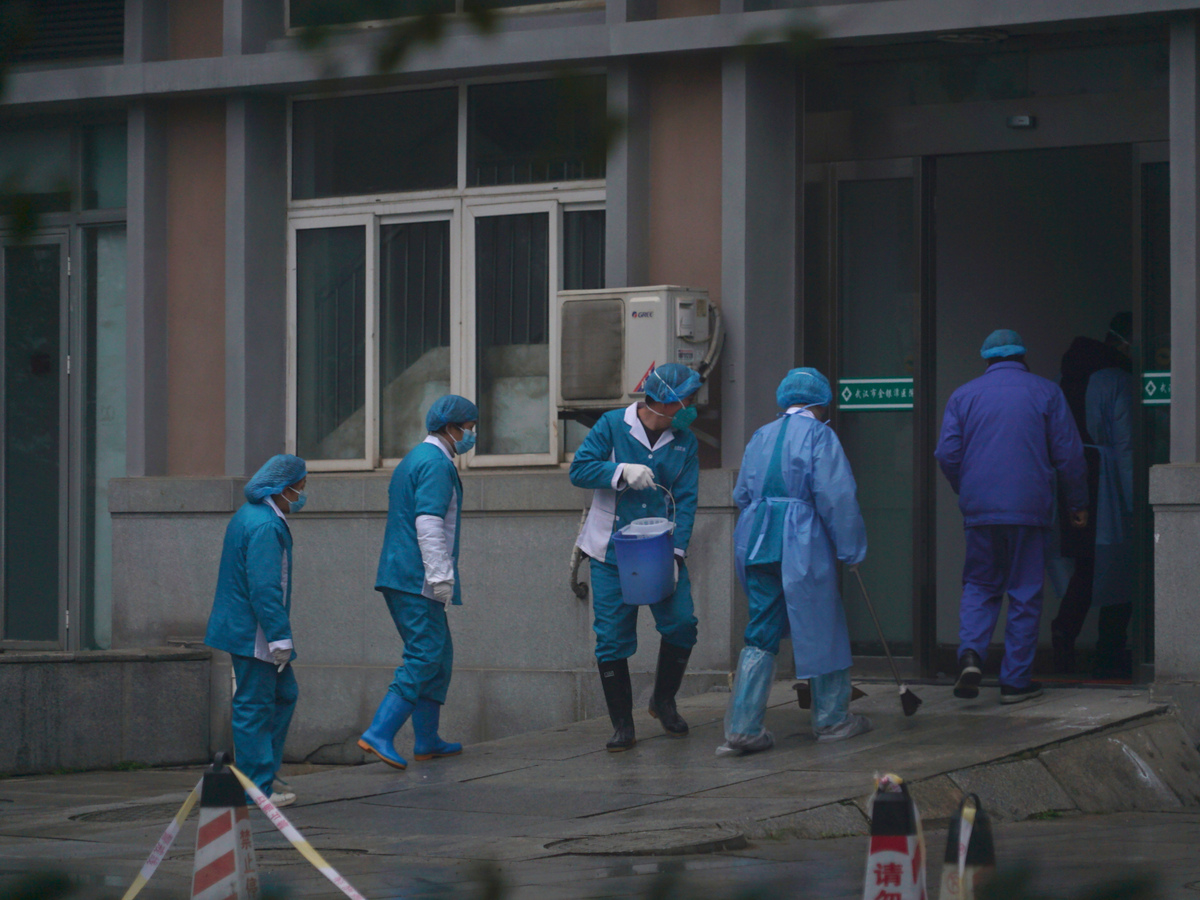 Hospital staff wash the emergency entrance of Wuhan Medical Treatment Center, where patients infected with a new virus are being treated, in Wuhan, China, on Wednesday.

A newly identified strain of coronavirus has killed 17 people in China and caused hundreds of confirmed infections, the Hubei provincial government said Wednesday, citing the latest from hard-hit Wuhan and other cities.

Health officials in Beijing say they’re concerned that the deadly coronavirus could spread further during the Lunar New Year celebrations.

China’s Bureau of Disease Prevention and Control said that while the virus does not appear to be as virulent as the one that caused a SARS — severe acute respiratory syndrome — pandemic 17 years ago, it is nonetheless “highly infectious.”

“The virus is mainly transmitted through the respiratory tract,” Li Bin, vice minister of China’s National Health Commission, which overseas the bureau, said at a Wednesday news conference of a health expert panel in Beijing. “It may mutate and there is risk of further spread.”

“We have ensured management of export channels such as temperature checks at airports, train and bus stations, and ports … And we will reduce as much as possible events with large crowds,” Li said. 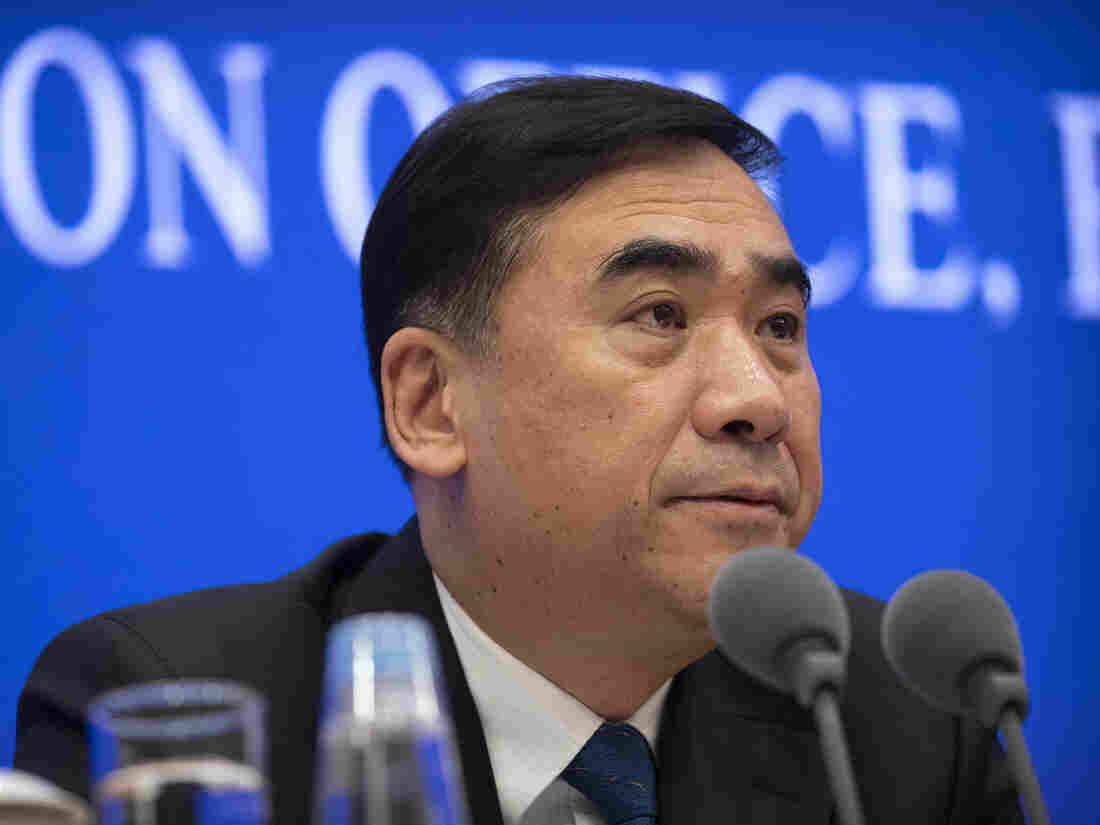 Li Bin, deputy director of China’s National Health Commission, speaks during a news conference about the new type of coronavirus spreading in China at the State Council Information Office in Beijing, on Wednesday. 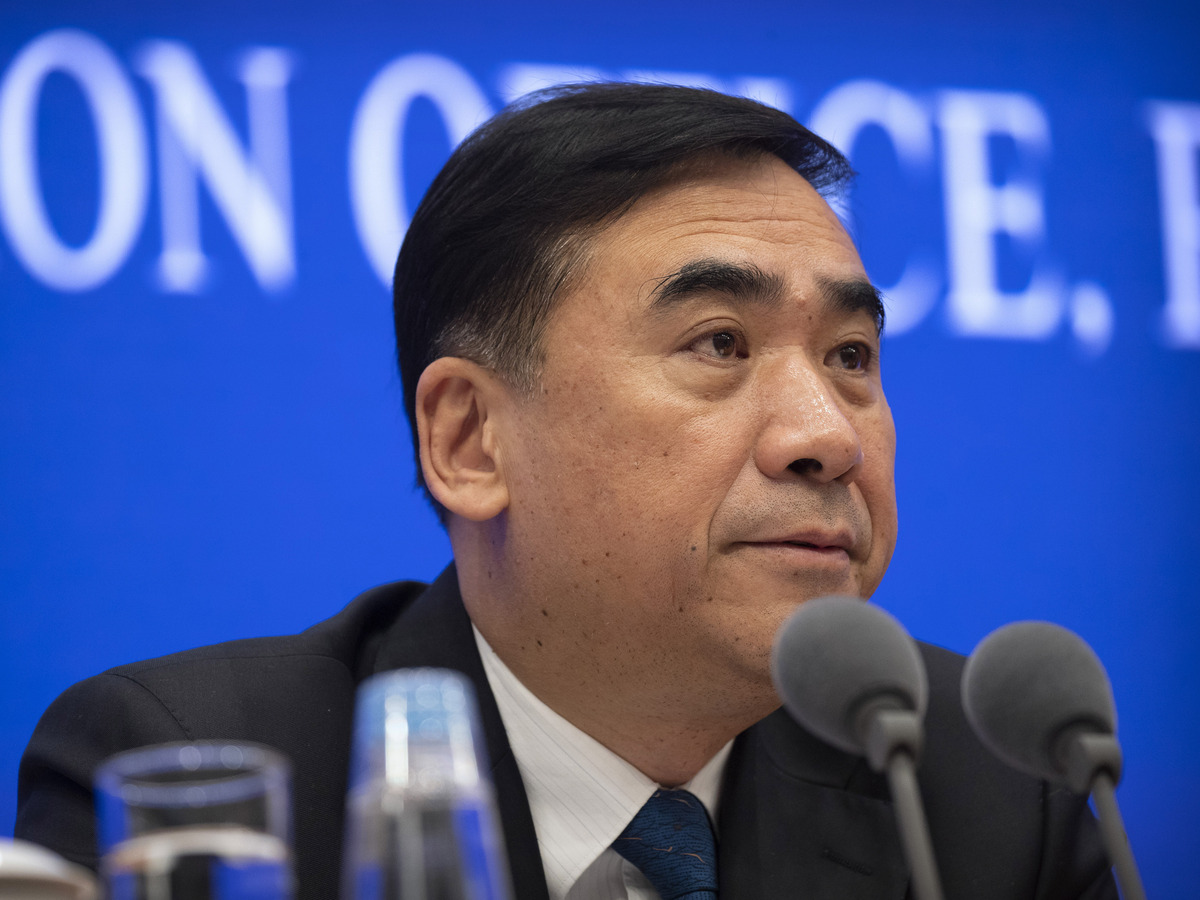 Li Bin, deputy director of China’s National Health Commission, speaks during a news conference about the new type of coronavirus spreading in China at the State Council Information Office in Beijing, on Wednesday.

Lunar New Year is China’s — and the world’s — busiest travel season. Officially, the holiday is this Saturday, but celebrations continue well into February. About 400 million Chinese are expected to travel within and outside the country beginning at the end of the week.

“During Chinese New Year, the surge [in people moving around the country] increases the risk of the epidemic’s spread and the difficulty of prevention and control. We must not take it lightly,” Li said.

“We hope people can avoid going to Wuhan if possible and that people in Wuhan can stay there,” Zeng said.

That call was echoed by the city’s mayor, Zhou Xiangwang, who said in an interview with Chinese media that the outbreak in Wuhan “must not put pressure on the rest of the country.”

The virus, known as 2019-nCoV, was discovered last month in the central city of Wuhan. Since then, it has spread to other parts of China, and isolated cases have been found in Japan, Thailand, South Korea, the U.S. and Hong Kong.

On Monday, Chinese state media reported that 15 health workers treating patients had also become infected with the virus, including one of the country’s most preeminent respiratory doctors, suggesting human-to-human transmission of the virus, although Chinese health authorities have yet to confirm that.

Hong Kong discovered its first case on Wednesday, local broadcasters reported. The financial hub’s flagship carrier, Cathay Pacific Airways, also announced that it would honor a request from the flight attendants union to allow cabin crew to wear surgical masks on all flights.

Earlier, Cathay had agreed to allow the masks only on flights to mainland China, but said Wednesday in a statement: “Due to the evolving information from health authorities, we will allow crew members and front-line airport employees to wear surgical face masks when on duty at their discretion.”

The airline also said it would allow passengers who are booked to and from Wuhan to cancel or reschedule flights for free through Feb. 15.

On Tuesday, the U.S. Centers for Disease Control and Prevention confirmed that a man from Washington state who returned after a trip to Wuhan, China, on Jan. 15 had sought medical attention days later and is now in isolation at Providence Regional Medical Center in Everett, Wash. State health officials have described his condition as “healthy.”

In an interview Wednesday on CNBC, President Trump said he had been briefed about the U.S. case. “It’s one person from China and we have it totally under control,” he said.

At London’s Heathrow airport, a separate area will be set up to screen passengers from areas affected by the virus, Britain’s Transport Minister Grant Shapps said Wednesday.

Airports across Asia also say they are screening in-bound passengers from China. Even North Korea has suspended all foreign tourism activities as a precaution.

The sharp rise in the number of cases of the never-before-seen virus has left many in China suspicious that local governments covered up previous cases of the virus. The first case of the Wuhan coronavirus was reported on Dec. 31, with the total number of reported cases breaking 60 only on Saturday.

The Health Commission’s Li said the sudden uptick in confirmed cases was due to more effective diagnosis. He said 2,197 people who were in close contact with infected patients were being tracked and that 1,394 of them are under close medical observation.

Meanwhile, Chinese residents emptied shelves of surgical face masks as they geared up for a potential epidemic. Their anxiety stems in part from a history of leaders obscuring the severity of previous outbreaks. Last year, provinces initially hid the full extent of African swine flu, allowing it to spread unchecked for months and decimating China’s domestic pork herds. In 2003, China at first denied reports of SARS.

This time, officials are promising that it will be different. “Party committees, governments and relevant departments at all levels should put people’s lives and health first,” declared China’s leader, Xi Jinping, in remarks aired on the country’s state broadcaster earlier this week. The central political and legal affairs commission, a ruling political body, warned that anyone found to be covering up cases of the virus would be met with “severe punishment.”

The Health Commission has committed to releasing an updated count of all confirmed and suspected cases in daily briefings and on its website, according to Xu Shuqiang, director-general of the agency’s emergency response office.

The head of China’s Bureau of Disease Prevention and Control said Wednesday that the new virus originated in wild animals sold at a seafood market in Wuhan, similar to the way scientists believe SARS made the leap to humans in 2002.

The bureau’s director general, Gao Fu, referred to a paper published on Tuesday by a joint team of researchers from the Chinese Academy of Sciences, the People’s Liberation Army and the Institut Pasteur in Shanghai that concluded “the Wuhan coronavirus’ natural host could be bats … but between bats and humans there could be an unknown intermediate.”

The new virus and the SARS virus are both mutations of HKU9-1, a virus found in fruit bats, the researchers said, according to the South China Morning Post.

Previously, most scientists had believed that the Wuhan virus could not cause a SARS-like epidemic because the two viruses were genetically dissimilar.

The new study, however, concludes that the new virus, “although comparatively weaker” than SARS, binds to the same human enzyme that has been identified as the receptor for the SARS virus.

An animal-to-human transmission of the SARS virus – which originated in China and was spread across the globe by infected air passengers beginning in late 2002 and continuing into 2003 – has long been suspected, with bats a prime suspect, according to the World Health Organization.

During the 2002-2003 pandemic, SARS infected more than 8,000 people, with several cases in other Asian countries, Europe and North America, including nine in the U.S. The disease caused 774 deaths, mostly in mainland China, Hong Kong and Taiwan, according to the CDC.