Latest News
Home /For Some Women Nearing Menopause, Depression And Anxiety Can Spike 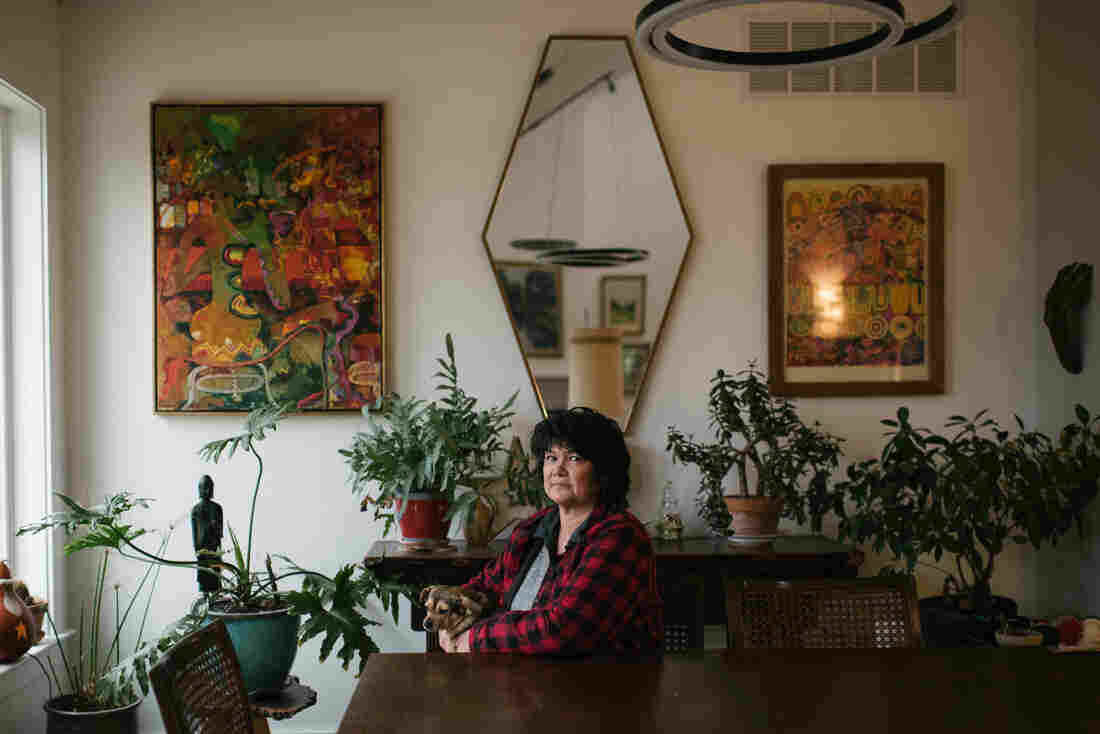 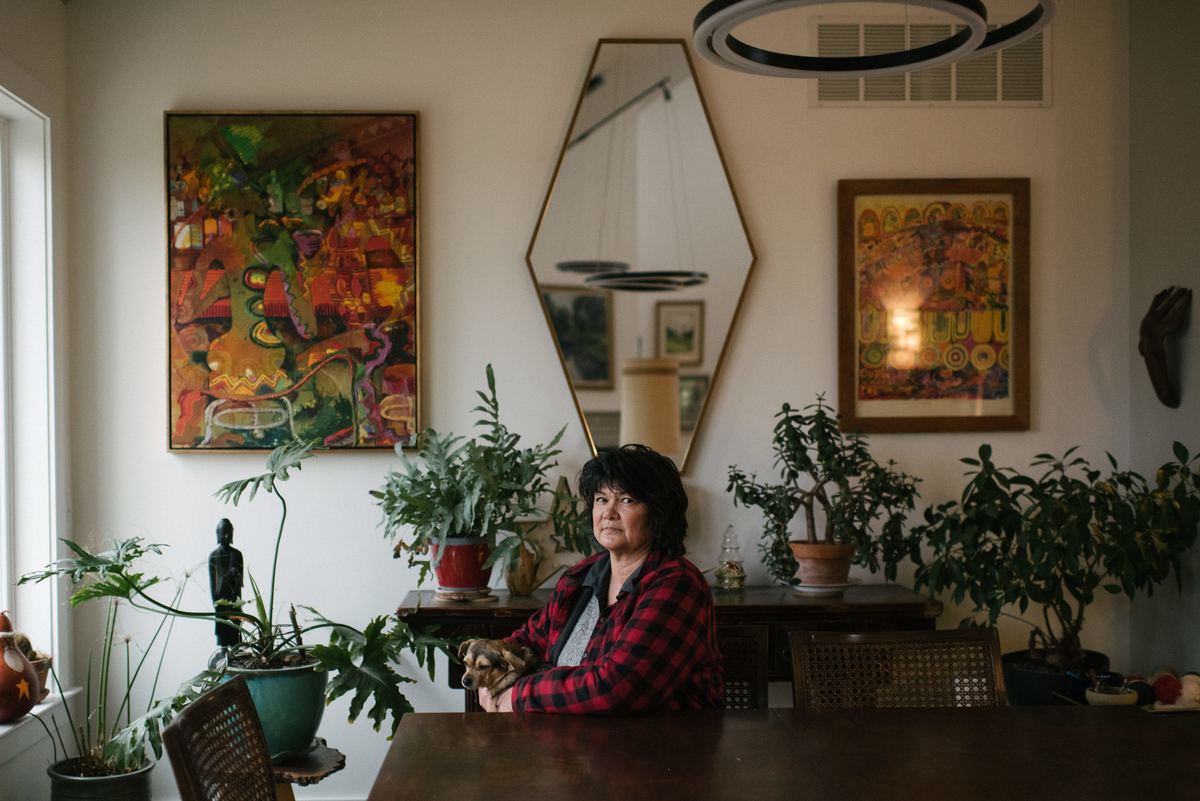 Teri Hines was in her mid-40s when she started to notice that her body was changing.

She began to have hot flashes, gained weight and her energy levels took a nosedive.

“I just did not have the energy to do the things I wanted to do,” she says, like the long morning walks she loved to take with her dogs, or planning solo travel.

At the time, Hines lived alone in Philadelphia where she worked as an assistant principal at a school. She struggled to get out of bed and go to work, and began to withdraw from friends.

Looking back, she remembers feeling isolated and unmoored. “It was such a fog over who I was, what I wanted, where I was going, what I was capable of accomplishing,” she says. “I just could not find my footing.”

Hines knew she was likely going through perimenopause, that is the years leading up to menopause, when women’s monthly hormonal cycles become erratic as their bodies prepare to stop menstruating.

What she didn’t realize — and many women don’t know — is that the hormonal changes of perimenopause can bring with it changes in mood, and for some of us, a heightened risk of anxiety and depression.

“Women who have a previous diagnosis of major depression or anxiety disorder are going to be at a greater risk during the perimenopausal time,” says Jennifer Payne, who directs the Women’s Mood Disorders Center at Johns Hopkins University.

And she warns that for these women, it’s something to take seriously. “If you’re having serious depression, and your functioning is affected, if you’re having suicidal thoughts, or you feel completely hopeless, that is a major depressive episode that absolutely needs treatment,” she says.

“I’ve had people say that they feel like they have PMS all the time,” says psychiatrist Hadine Joffe, who leads the Connors Center for Women’s Health and Gender Biology at the Brigham and Women’s Hospital in Boston. “They just don’t feel like they’re in control of their mood and they feel edgy.”

Generally though, these mood swings are manageable, she adds. “The good news is that most women will navigate their perimenopause without serious mental health issues.”

But a significant number of women — about 18% among women in early perimenopause and 38% of those in late perimenopause — experience symptoms of depression. And symptoms of anxiety appear to be more common during this time leading up to menopause, including panic attacks.

Those most at risk are women with a history of mental illness, as well as women whose moods are particularly sensitive to hormonal fluctuations.

“Women who had postpartum depression or have always had significant mood changes premenstrually are going to be at risk of having more symptoms,” says Payne.

It’s not that women who develop serious anxiety or depression have any unusual or abnormal changes in hormones, she says. Rather, “it’s likely that their brain is sensitive to normal, natural hormonal fluctuations.”

“We know that in psychiatric illness, in general, the environment definitely plays a role,” Payne adds. And during this time period, she says, there are often big life changes for women which can exacerbate their risk of having mental health symptoms

“Some women go through divorces, children go off to school, or leave the house, parents are getting older and need more caretaking,” says Payne. “There are changes in career, etc.”

“There’s there’s a lot of midlife specific stress that happens because of where people are in their life,” adds Joffe.

Hines was familiar with depression. She’d been depressed several times before and she had been proactive about seeking treatment.

“I had been an advocate for myself on depression and self-care and getting the right help, getting counseling,” says Hines. “At times when I needed [it], using medication.”

And over the years, she had learned to recognize her symptoms and triggers — often big life changes, either professional or personal. 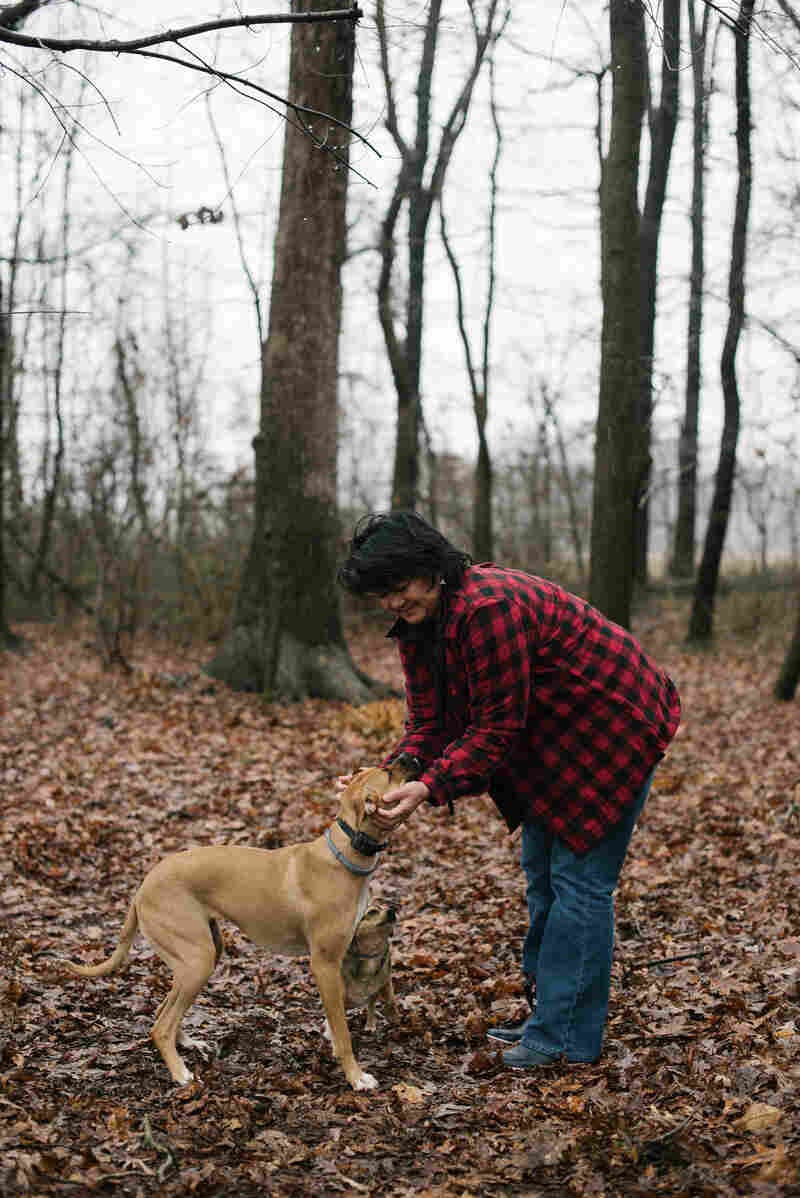 Hines says antidepressants and counseling helped her get through the depression she experienced during the lead up to menopause. Now, 57 and living in Smyrna, Del., she’s feeling good.

This time though, she says, she was too focused on how her body was changing and missed the symptoms of depression.

“The physical nature of menopause consumes you and it’s what we’re taught to pay attention to,” she says.

She did not know that her past history of depression put her at a higher risk of being depressed during perimenopause. But she did bring up her physical symptoms and her energy levels to her doctor early on during a regular appointment. But the conversation was disappointing, she says.

The doctor offered no tips to help with her symptoms or even any information about perimenopause, she says, not even the fact that on average it lasts for about four years, and for some women as long as 10 years.

This isn’t uncommon. More than a 1,000 women wrote to NPR with their own stories about struggles during perimenopause. And a majority said that they had gotten little information or help from their physicians, especially for mental health symptoms.

“It’s a very common situation for women, and doctors are not keeping up with that,” says Payne.

This is partly because most physicians, even OB-GYNs get little education about perimenopause, says Joffe.

Hines and many other women who wrote to NPR said they found they had to be in the driving seat when it comes to looking for and finding the right help or treatment.

Women need to be direct with their doctors about their mental health symptoms, says Joffe.

“Just the same as they would if they had a rash,” she says. “They would make an extra appointment and that’s the first thing they say, I have a rash.”

Payne agrees. “The number one thing that women can do is be honest with their doctors about their symptoms and what symptoms they’re having and how severe they are,” she says.

Hines eventually got her doctor to pay attention and treat her mental health symptoms.

But it took took her several years, before she even realized that she might be depressed.

This time, her physician prescribed her an antidepressant. “The minute I went on it, I felt like I had the energy to tackle those other things that were ongoing,” says Hines.

“Antidepressants can help a woman get out of her major depressive episodes,” says Payne. “They can also be helpful for anxiety symptoms.”

Research also shows that they can ease some of the physical symptoms of perimenopause, such as hot flashes and insomnia.

“I went on antidepressants and then I started going into counseling,” she says. “Once I had it under control with counseling, then I was able to sort of wean the pharmaceuticals off, so that I could just use the counseling.”

Joffe suggests women who are at this stage of life take steps to empower themselves. They should monitor symptoms carefully so they can have an informed discussion with their doctors.

Most of the time women just try to tough it out, says Joffe. “Women are tough. Women are accustomed to having to cope with physical discomforts and life challenges,” she says. “And I think a lot of midlife women expect that this is a time of distress and discomfort and ill ease and that’s normative.”

But, she adds, it doesn’t have to be that way. She points to resources like the North American Menopause Society‘s website, for example, which has helpful information about menopause as well as a tool to help women find local providers specializing in perimenopause.