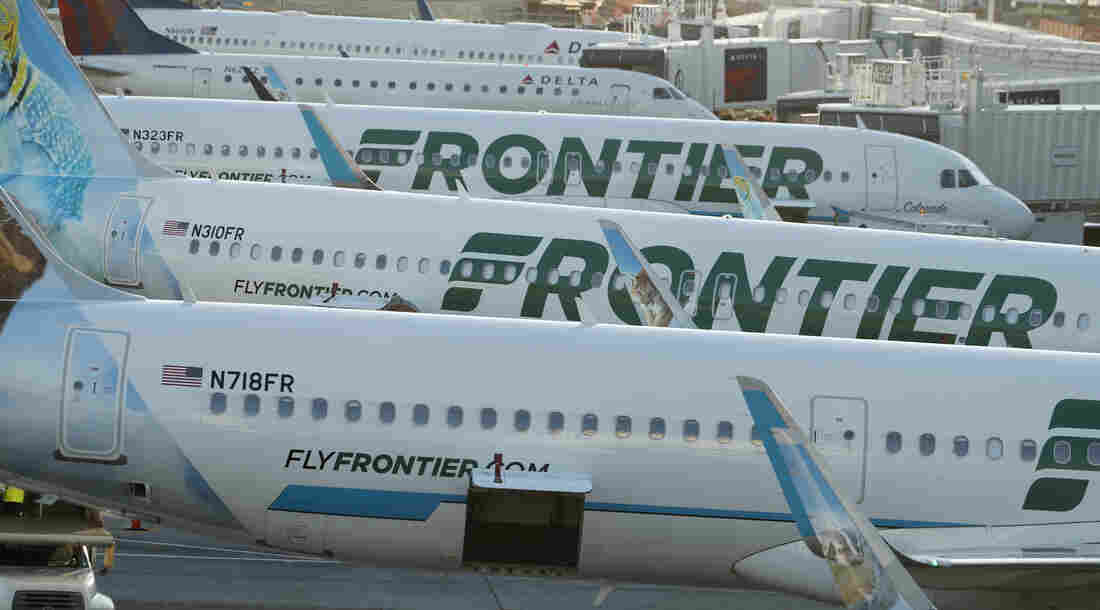 Frontier Airlines jetliners sit at gates on the A concourse at Denver International Airport. Lawsuits filed on Tuesday allege that the airline of discriminating against pregnant and nursing women. 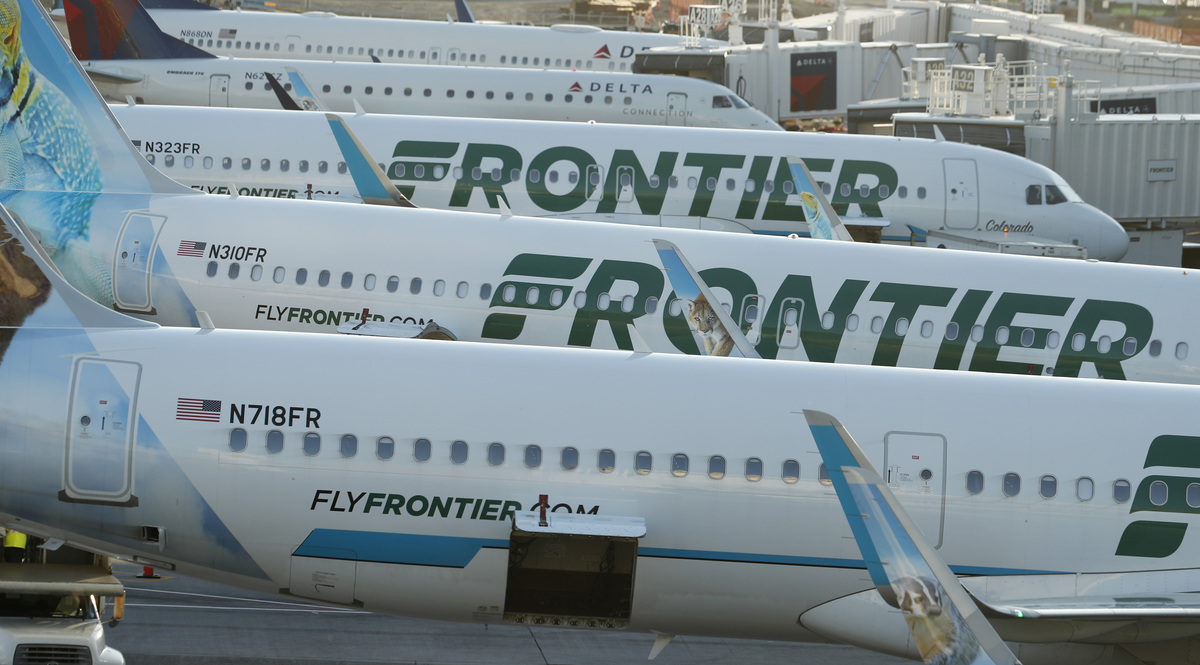 Frontier Airlines jetliners sit at gates on the A concourse at Denver International Airport. Lawsuits filed on Tuesday allege that the airline of discriminating against pregnant and nursing women.

A group of female pilots and flight attendants is accusing Frontier Airlines of discriminating against pregnant and nursing women, forcing them to take extended and largely unpaid leave while pregnant, and refusing to accommodate breastfeeding.

A pair of federal lawsuits filed Tuesday says that Frontier required pilots and flight attendants to stop flying weeks or months before their due dates, without providing paid maternity leave or alternative work arrangements. The suits follow similar complaints lodged with the Equal Employment Opportunity Commission in 2016 and 2017.

Melissa Hodgkins, a flight attendant at Frontier, said those policies forced her to stop working around 34 weeks with each of her two pregnancies, go without a paycheck for months, and burn through much of her limited time off before she’d even given birth.

“I was going to use up a lot of that precious stash of days before, you know, my children were even born,” Hodgkins said in an interview with NPR.

The lawsuits also accuse Frontier of failing to provide time and space for breastfeeding mothers to pump breast milk, and prohibiting pilots from pumping during flights.

One of the pilots, Shannon Kiedrowski, noted that pilots routinely use the restroom, especially during long flights, while a co-pilot remains at the controls. She argues taking a brief break to pump wouldn’t be much different.

“It’s not as though we’re going to be pumping during takeoff and landing,” Kiedrowksi said.

When she returned to work after the birth of her second child in 2013, Kiedrowski said, word got around that she was breastfeeding. She said she was summoned by her human resources department and asked what she describes as “inappropriate” questions.

“They questioned why I was pumping, why I felt the need to breastfeed my child, implying that, ‘You’re a pilot. And really, there’s no place for you if you need to pump at work,'” Kiedrowski said.

Hodgkins, the flight attendant, said she decided to stop breastfeeding before returning to work after her children were born because of the lack of accommodations for pumping. She said she struggled with postpartum depression, which she attributes at least in part to feeling pressure to go back to work and discontinue breastfeeding before she was ready.

“It sort of feels like, here’s your first shot as a mom and you’re a failure,” she said.

Hodgkins and Kiedrowski are among the Frontier workers named in the lawsuits against their employer. They accuse the Denver-based airline of violating the federal Pregnancy Discrimination Act and Colorado state laws protecting the rights of pregnant and nursing women.

Galen Sherwin is a senior staff attorney with the American Civil Liberties Union, which is representing the pilots and flight attendants. She said failing to account for pregnancy and breastfeeding “stacks the deck” against employees who give birth.

“Those employees will never able to succeed equally — at Frontier or in any industry — with the same success as those who don’t get pregnant,” Sherwin said. “Unless companies take their heads out of the sand and realize that women get pregnant, it’s a part of women’s lives, and we need to account for it.”

Via email, a Frontier spokeswoman declined to comment on pending legal matters.

Becky Lutte, an aviation professor at the University of Nebraska-Omaha, said the lawsuit reflects a larger challenge facing the U.S. airline industry. Only about 5% of pilots industry-wide are women, Lutte said, and “an even smaller number of those are in leadership positions.” 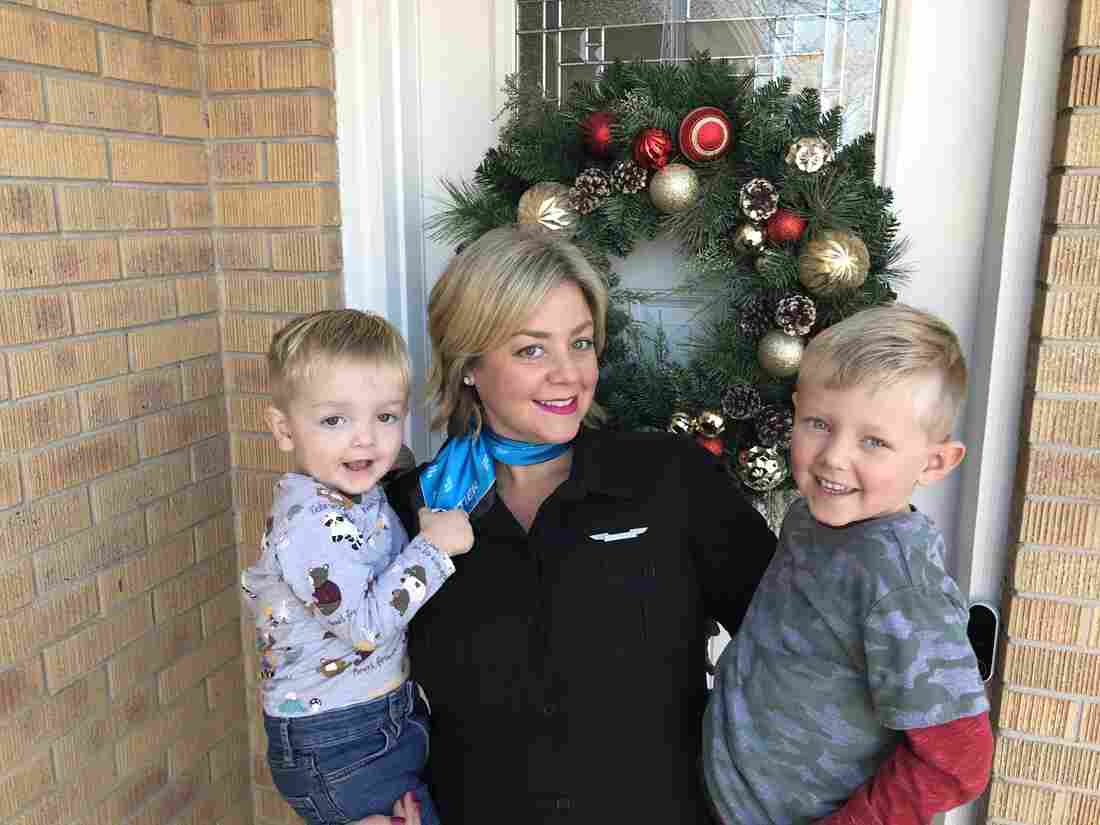 Melissa Hodgkins, a flight attendant who is part of a class-action lawsuit against Frontier airlines, with her two sons. Hodgkins says the airline’s policies forced her to take unpaid leave and to led her to stop breastfeeding prematurely. 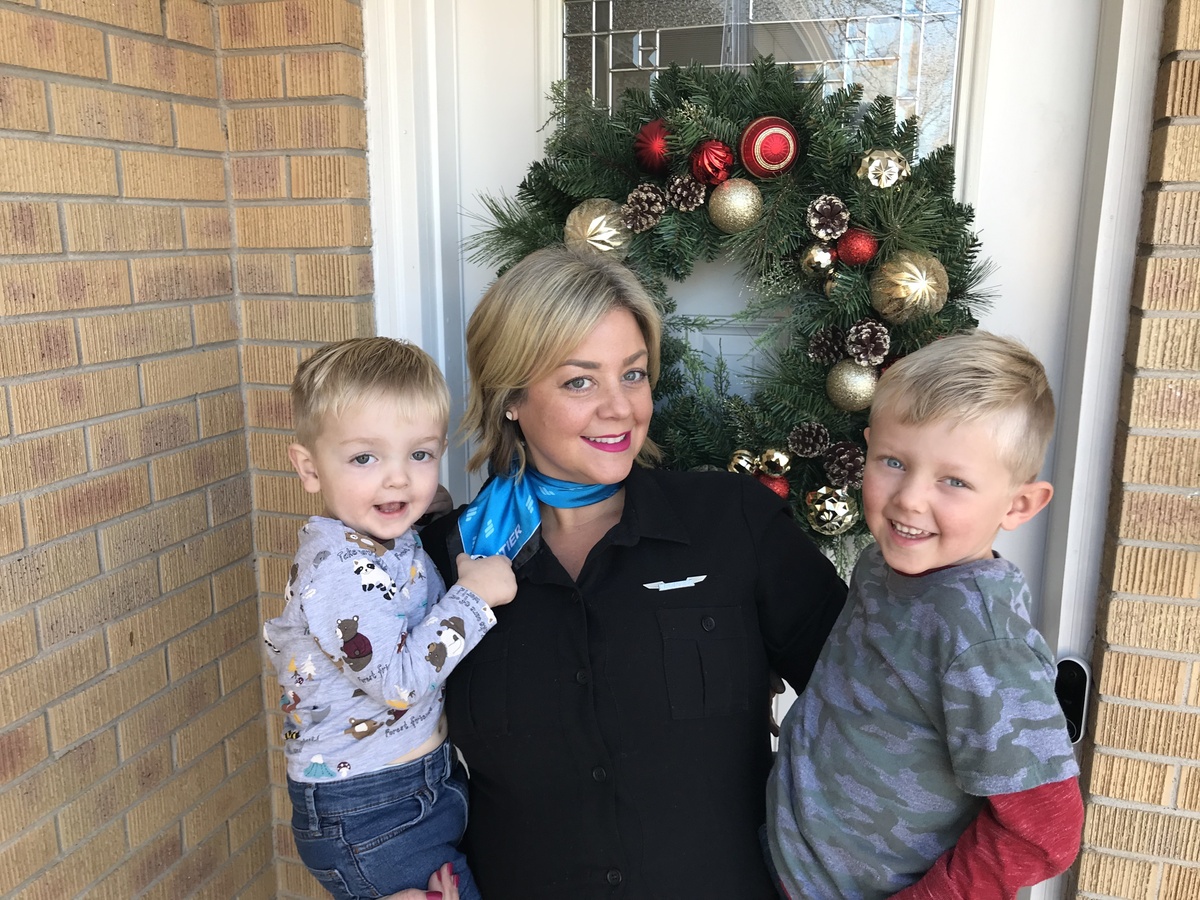 Melissa Hodgkins, a flight attendant who is part of a class-action lawsuit against Frontier airlines, with her two sons. Hodgkins says the airline’s policies forced her to take unpaid leave and to led her to stop breastfeeding prematurely.

“There is an issue in terms of needing to enhance and increase those numbers, and to work on efforts to recruit and retain women — and one of the ways to do that is to create a more inclusive workplace setting,” Lutte said.

There’s also a history of other airlines being pushed — through the legal process or union bargaining — to accommodate new mothers’ needs. In 2017, Delta settled with a flight attendant who filed a discrimination complaint accusing that airline of failing to give her a place to pump breastmilk.

Sara Nelson, president of the Association of Flight Attendants-CWA, said flight attendants have faced a long history of sex discrimination, including weight restrictions imposed as recently as the early 1990s.

She said the industry has made strides in recent decades in the area of gender equality, but hasn’t done enough to accommodate the needs of new or expectant mothers whose jobs may require them to work 14-hour days or staff back-to-back flights.

“There hasn’t been enough of a recognition that there are mothers who fly in these unique situations…and there needs to be more focus on this in the industry,” Nelson said.

According to union officials, specific policies on pregnancy and breastfeeding vary widely across airlines, but many require pregnant flight attendants to stop flying weeks or months before giving birth. Some offer disability or other benefits during that time.

Others offer extended unpaid leave, beyond the 12 weeks required under the federal Family and Medical Leave Act, or FMLA. United Airlines, for example, allows up to a year of unpaid leave. Under pressure from workers, Frontier recently expanded its policy to allow up to 6 months of unpaid leave for women who give birth.

Policies to accommodate breastfeeding are relatively rare, though officials point to a provision negotiated in Alaska Airlines’ contract that provides specific protections for lactating women to pump on airplanes.

“There’s a lot of different ways this can be resolved, if the airlines are ready to take it seriously and look at the realities of flying for flight attendants and pilots and make accommodations that make sense,” Nelson said.

Its A Disaster: German Expats…

We Have Made Mistakes: Norway…

Mississippi On Track To Become…

Not Flying This Summer? Many…